We covered tomato preserves earlier on the blog so now it’s time to put those jars of tomatoes to use. If you didn’t can tomatoes this year, no fret, you can get some pretty good tomatoes at your local grocery store. To make a large batch, you can head to the nearest Costco or bulk food grocer and grab a couple of the large cans of whole tomatoes. There are some great brands that don’t add any preservatives so look at the ingredients – it should just be tomatoes! Run them through a blender or processor and you’re good to go. For this recipe, we are using homemade canned tomatoes.

If there is one thing I can’t stress enough about making a good pork sauce it’s don’t rush it! I know the canned tomatoes are cooked already, but if you want it to taste like Nonna’s you gotta give it time to cook! I’m going to give an amount of time in this recipe but the real tell-tale sign is when you see this kind of dark red-orange ‘oil’ on top and the sauce is sticking to the upper rim of the pot – I’m talking like 4-6 hours depending on the amount you’re making! Some chefs will say don’t overcook your sauce, but you have to trust Nonna on this one.

When we were young, my mom’s pot of sauce would still be simmering as we got home from school and our snack would be a slice of Italian bread with fresh sauce on it. It’s a taste like no other that is only achieved by a very long and slow simmer. Don’t get me wrong, there are great sauces that don’t take nearly this long and we will cover many of them later but for now give this a go. Fresh pork shoulders are readily available right now so it’s a great time to make a large batch of sauce.

I can’t say this is a completely traditional recipe. When our parents were growing up they wouldn’t have had this amount of meat at one time to throw into a pot of sauce. My nonna would have used some bones with a bit of meat on it, maybe a chicken carcass or birds that my nonno hunted. You get the idea. We are blessed today to have an abundance of food so this has become our family’s favorite way of making sauce.

You want to start by preparing your meat. Find the smallest pork shoulder you can if you are making a small batch and start by removing the skin with most of the fat. If you are into making salami’s and other types of cured meat, save that fat and skin and come back for the next post!

Once the shoulder is skin free, you want to cut about 4 pounds of meat for this 3 liter batch of sauce. Traditionally, Nonna Pina says she would leave a bit of fat on the meat and actually cook some of the skin (properly cleaned and separately boiled first) in the sauce as well. We’ve all become a little health conscious these days though so we’re going to omit that:) Cutting across the grain, chop up 2-3 inch cubed pieces of pork and set aside.

Heat up a large deep pan or medium sized pot with a few tablespoons of olive oil in it. You will need 1/2 a cup of olive oil in total to fry up all the meat. Don’t crowd the meat, fry a small batch at a time until browned and set aside. Make sure to add salt and pepper to each batch. When the last batch is complete, add all the meat back to the pot and throw in a finely chopped cooking onion. Once the onion is browned and soft (3-4 minutes) add the three liters of tomato puree, give a little stir and cover. Once it starts to boil, turn down the heat and let simmer, remembering to stir occasionally so it doesn’t stick to the bottom. A good tell-tale sign of the sauce being almost ready is the tenderness of the meat and the appearance of a dark orangy-red oil on top. For a small batch like this it will be about 3.5-4 hours. A half hour before removing it from the heat you will want to add 2.5 cups of tomato paste by mixing it with a little bit of the hot sauce in a little bowl and then returning it to the pot of bubbling sauce. Give a good stir to make sure it’s all mixed in and taste your sauce for salt, adding some if needed.

The meat from the sauce will be so tender, you will want to enjoy some for dinner for sure. The remaining raw meat from the pork shoulder can be chopped up or ground and frozen for a future batch of sauce or made into sausages. 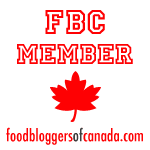